Yes, you heard correctly! The tribute covers for Trophy Girls issue 4 is finally complete! Once again, Crystal and I decided to make them both fun and exciting! For the regular cover we brainstormed, or to be honest we argued, about its theme and look. After watching the 1980’s science fiction comedy Weird Science, I had a eureka moment. We both remembered that iconic movie poster with Kelly LeBrock standing in the doorway with the two boys looking at her in awe. That’s when it occurred to me that we could do the same by having both Crystal and myself in the doorway instead! I also thought about putting the tag line Perfection Always Comes In Pairs somewhere to the side but then decided against it.

If you’ve never seen the movie, or maybe it’s been a long time since, feel free to watch the trailer below which does show the scene I referred to above! 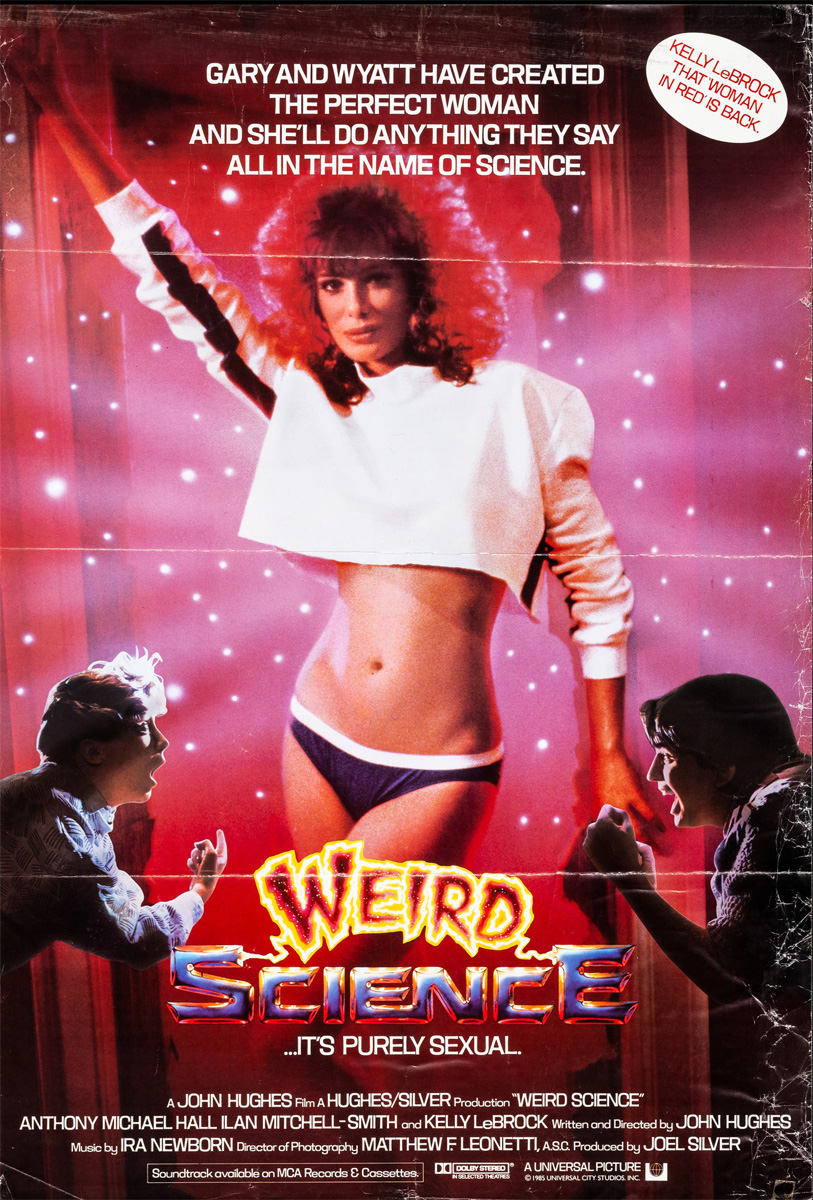 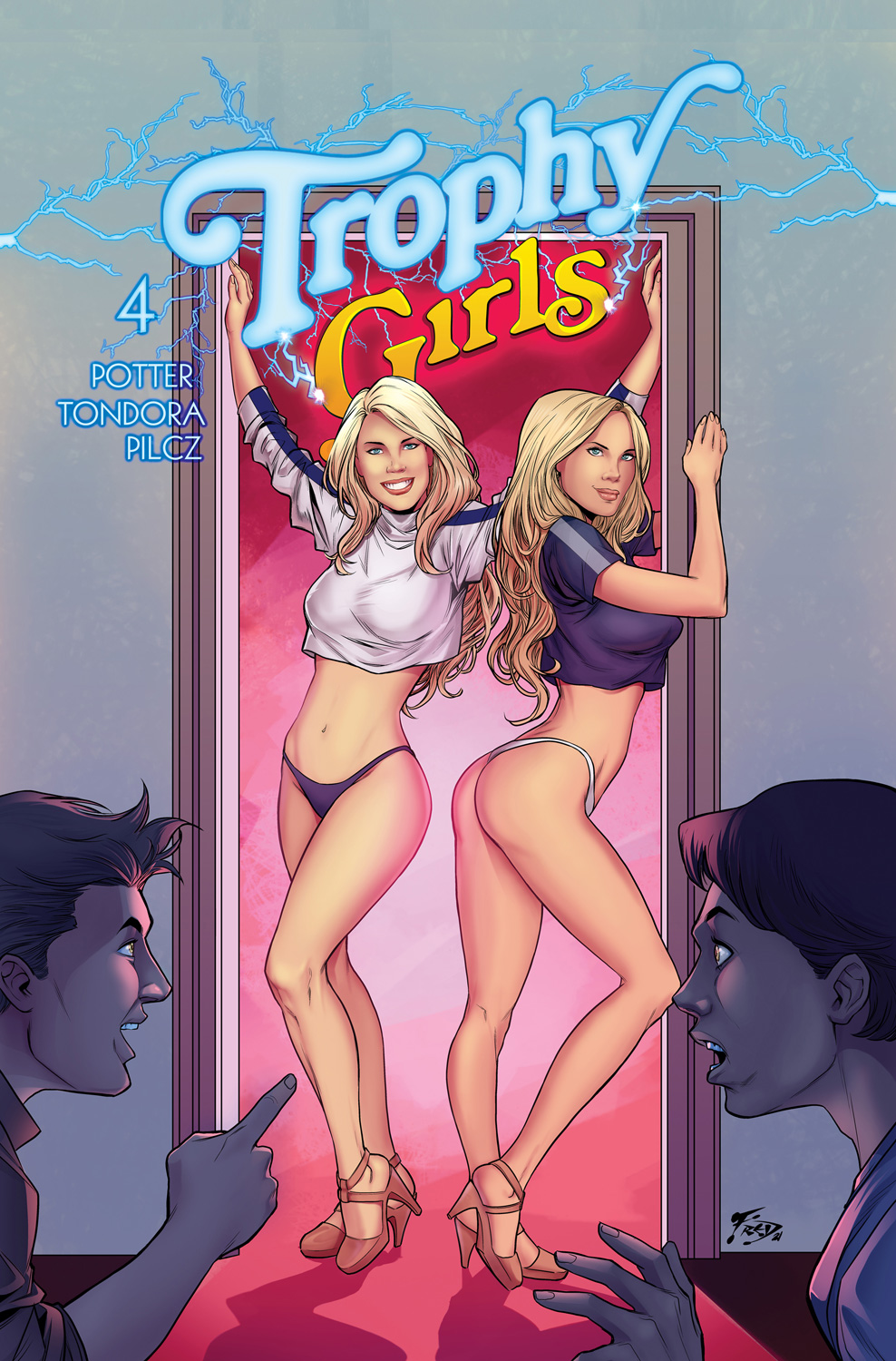 Our past tribute covers have paid respects to musicians, movies, and so forth. This time we’re honoring the legendary Swedish pop musical group, ABBA. Growing up with our programmer father meant moving every year to a new city or state. This was because the United States military contracted his services at different bases. Every move meant a long road trip ahead so he recorded his LP’s to cassette tape. Each one labeled  Road Tunes, Road Tunes II, etc. which he played instead of listening to FM radio.There were other artists on his tapes but ABBA reigned supreme on the Road Tunes compilations. Needless to say, when we listen to ABBA today we are immediately back in the car with Dad, headed someplace new.

The members of ABBA certainly wore their fair share of some crazy and over the top outfits. However, for tribute covers we decided to take a fairly simpler approach. No need to go for the obvious disco theme look, although there’s nothing wrong with that era. To locate the perfect outfit we turned to the internet of course.  A short dress each with a cat graphic on the front. The pose is from the music video for Super Trouper where Agnetha holds her arm up and is pointing with one finger to represent “number one”. The stage is inspired by their Eurovision Song Contest win in 1974. 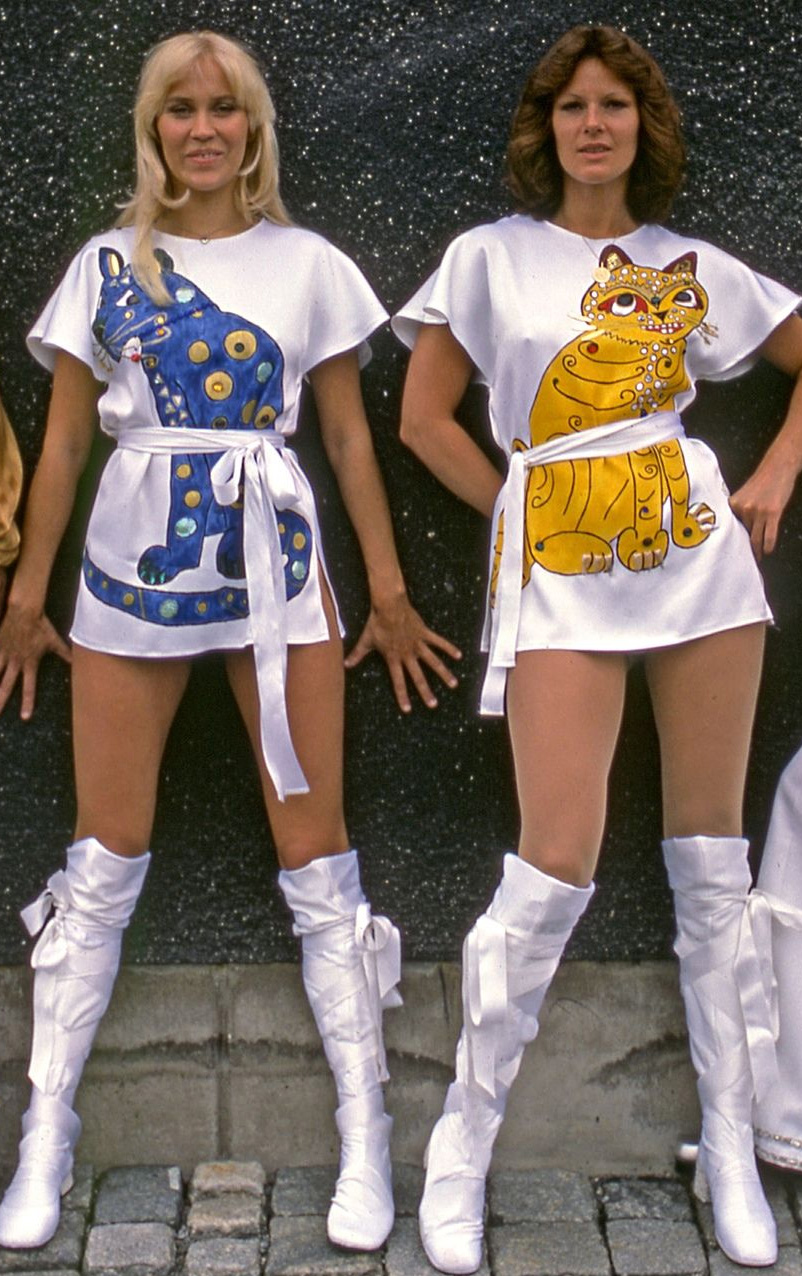 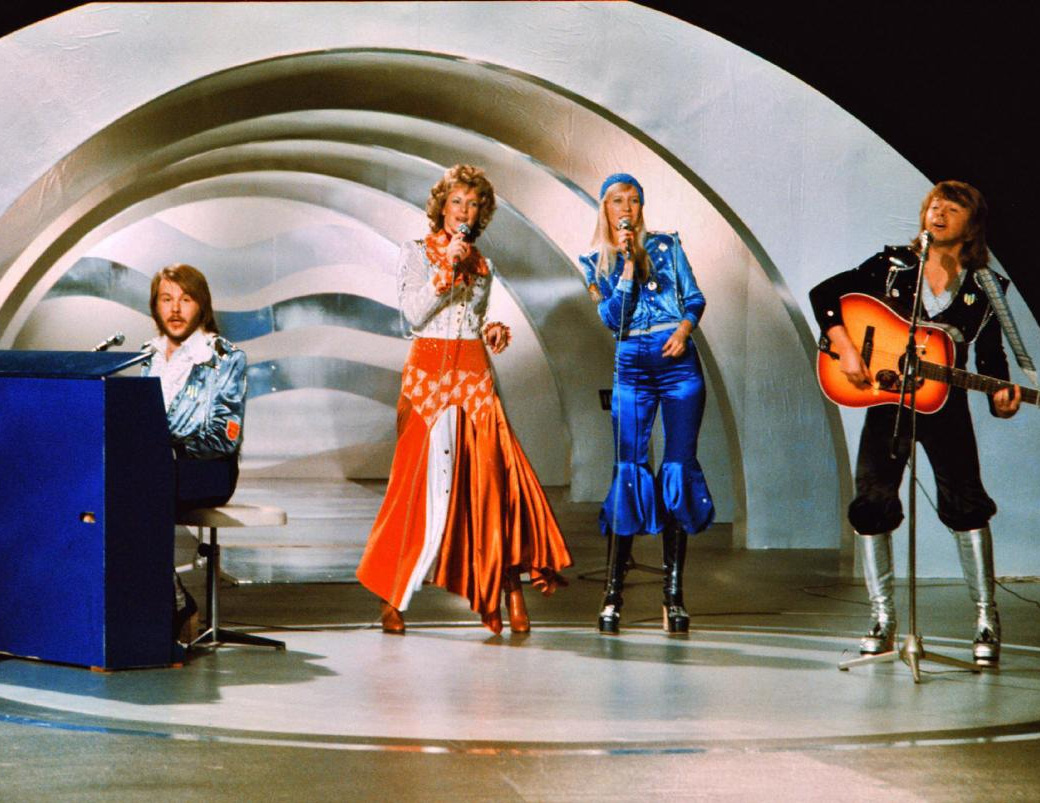 All of these together make up what is now the variant cover for Trophy Girls issue 4. By the way, this cover will be printed on special holofoil paper to give it an extra punch. 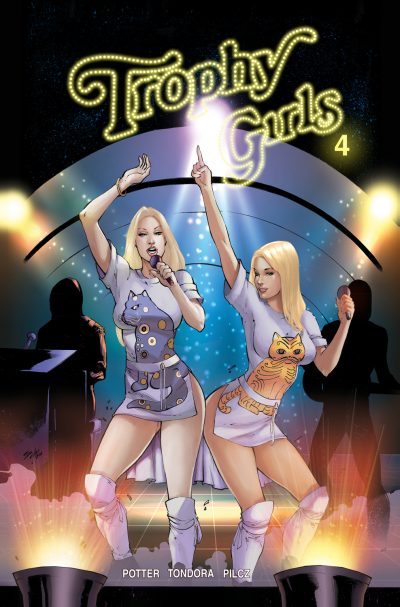 Trophy Girls issue 4 will be here before you know it! So be sure to pick up a copy of the first three issues if you haven’t already. I’m still offering the 2 for 1 special because issue 4 is going to be monumental! Be sure to click here and purchase your copies today!