I will be taking over “The Deadly Alana” series

Who better than me to write about a gorgeous chick who kicks ass? Nobody and that’s why Short Fuse Media has hired me to write on “The Deadly Alana” webcomic! On Tuesday (May 12th) my work starts off  with page 6.

The story in “The Deadly Alana” revolves around Alana pursuing her dream of building a legacy as one of the world’s greatest assassins. The story will run concurrent with multiple other comic titles that we will be releasing via LegacyCodeOnline.com as the stories for each series are all cannon to one shared universe.

Adult film star, Alana Evans has teamed up with Short Fuse Media in creating the character of Alana.  Nothin’ says “Don’t f*ck with me!” like a sword wielding busty babe! 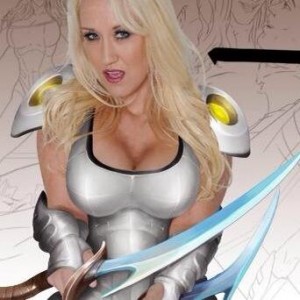