Back in 2010 I posted The Sorrow of Marrow about the Marvel mutant from the 90’s named…you guessed it, Marrow. I assumed Marrow was either dead or discarded among Marvel’s endless vault of gimmicky characters.  Well, it appears I was wrong having just readtoday’s newest release of X-Force #1. The cover shows the new X-Force team of Cable, Psylocke, Fantomex, and Sarah (aka Marrow). Marrow returns in X-Force #1!

One of these mutants does not belong…or does she?

Turns out the, partially, red-headed mystery mutant is non other than Marrow herself. In the first blog I talked about how unattractive she was but then Marvel decided to glam her up a bit. Because every woman knows a good make-over can make a huge difference in your confidence! 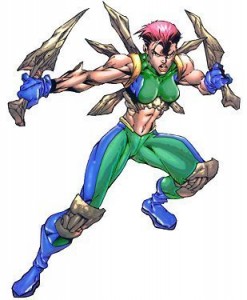 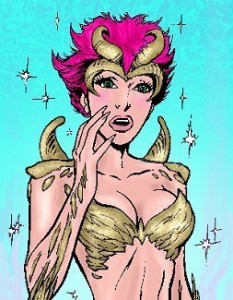 She looked waaaay better back then (I’m talking her original debut) than she does now and that’s pretty sad. At least to me anyways. Just give the other side of her head some hair please or shave it all off completely. Better yet, give her a wig! 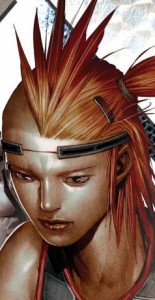 Marrow returns in X-Force could mark a new beginning for her or just a creative terrible idea. I don’t even know if she still has her original powers of accelerated bone growth which she uses as weapons. Perhaps the bandanna looking item on her head is some sort of power dampener. Guess I’ll just have to continue reading the series to find out how much she’s changed.