Gene Hunt Should Have His Own Comic Book 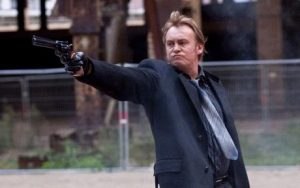 Does the end of Ashes to Ashes have to mean the end of our beloved Gene Hunt? Absolutely not! Gene Hunt is the perfect antihero who deserves to live on through his own comic book!

Being the antihero has always been the rage in comics! Wolverine, The Punisher, and even Rorschach from The Watchmen are gloried by their method of dispensing justice. Gene is no different and with myself as head writer, a comic book could definitely be a hit. Whether it’s a mini-series or just a one issue special!

Gene Hunt is a complex character and there’s much more we still don’t know about him. This would make for a perfect Gene Hunt origins story.

The Life On Mars/Ashes to Ashes franchise ought to continue to thrive after season 3. The best way to ensure this happens is to begin a comic book series. And why not? Comic book adaptations of Star Trek, Doctor Who, and Angel are as popular as ever. 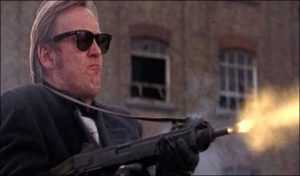 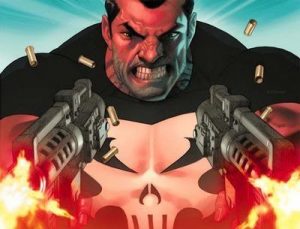 This could come in the form of a Gene Hunt & Punisher team-up. Both of them obey only one set of rules, their own and anyone standing in their way will be dealt with. Crossover stories like this can be fun when written not just for die hard fans but the casual comic reader as well. Whether or not you know who Gene is, makes no difference as you’ll certainly know by the end of the story.
I’ve already got some fantastic ideas brewing in my head and if ever given the opportunity, I would love to pitch them to the creators.
Opinion/Commentary|3 Comments