I will not be among the thousands who flock to the theaters on August 7 in order to see G.I. Joe: The Rise of Cobra. Nor will I be one of the thousands to rent or buy it when it’s released on DVD. I might catch it on one of the movie channels…but that’s if I bother to stop instead of flipping past it.

One of my favorite movies was and still is G.I. Joe: The Movie.

So why won’t I go see G.I. Joe: The Rise of Cobra? Well, I’m sure it’ll be a great action movie full of funny one liners and lots of things blowing up *yawn*…

The trailer alone has G.I. Joe cliche’ written all over it. I don’t give a flying [bleep] about the rivalry between Snake Eyes and Storm Shadow. What makes Snake Eyes so popular anyways? Oh yeah. He’s a faceless, mute, ninja who comes across as “mysterious” and “moody”. That’s because he can’t speak!!!

At least G.I. Joe: The Movie featured a whole new group of characters instead of focusing on the already popular ones. For the Joe’s it was Jinx, Chuckles,Tunnel Rat and the main hero Falcon. (No, I didn’t forget Big Lobb…poor Big Lobb) 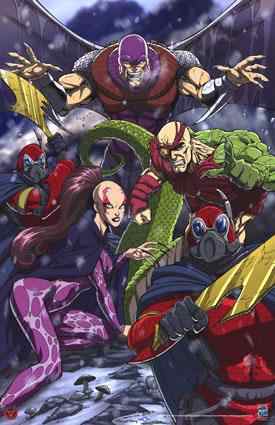 Then there was the new group of baddies,Cobra-La. Personally, I love Cobra-La and the fact that they’re the main villains in the movie is such a twist. Even if you hate Cobra-La you can’t deny that Nemesis Enforcer was a wickedly cool character and a 100% pure bad-ass.

Here’s the clincher for me as to why I won’t go see G.I. Joe:The Rise of Cobra…no Serpentor! He’s my all-time favorite villain! He’s emperor, supreme ruler and without him, there is no Cobra. 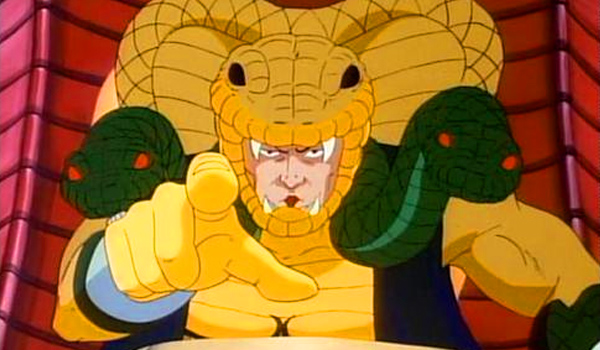 I’m changing the title of the new G.I. Joe movie to read G.I. Joe: The Rise of A Hooded Villain and His Minions because…well that’s what it is. Right?

I’m so passionate about G.I. Joe: The Movie that I’ve written a comic book pitch called G.I. Joe: The Return of Cobra-La and would re-introduce Cobra-La back into the comic book series. (Without disrupting the current story line)

Now if they make a sequel to this G.I. Joe movie and Serpentor is in it…well I’ll be the first one in line on opening day. Until then, I’m sticking with G.I. Joe: The Movie and my opinions.